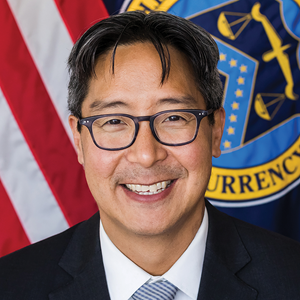 As Comptroller, he also serves as a Director of the Federal Deposit Insurance Corporation and is a member of the Financial Stability Oversight Council and the Federal Financial Institutions Examination Council.

Before joining the OCC, Mr. Hsu served as an Associate Director in the Division of Supervision and Regulation at the Federal Reserve Board of Governors. In that role, he chaired the Large Institution Supervision Coordinating Committee Operating Committee, responsible for supervising the global systemically important banking companies operating in the United States. In addition, he co-chaired the Federal Reserve’s Systemic Risk Integration Forum, served as a member of the Basel Committee Risk and Vulnerabilities Group, and co-sponsored forums promoting interagency coordination with foreign and domestic financial regulatory agencies.

Mr. Hsu began his career as a staff attorney in the Federal Reserve Board’s Legal Division. He holds a bachelor of arts from Brown University, a master of science in finance from George Washington University, and a Juris Doctor degree from New York University School of Law.