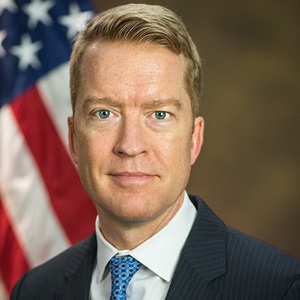 Michael Grady is the Acting Deputy Chief of the Money Laundering & Asset Recovery Section’s Bank Integrity Unit (BIU) in the Criminal Division of the U.S. Department of Justice. The BIU investigates and prosecutes criminal offenses involving financial institutions and their officers, employees, and agents. Michael recently returned to the BIU after serving as the Threat Finance Unit Coordinator in the National Security Section of the U.S. Attorney’s Office for the District of Columbia. Michael previously served as a Trial Attorney in the BIU, an Assistant U.S. Attorney for the District of Maryland, and an associate at a law firm in Washington, D.C. Michael received his law and undergraduate degrees from the University of Virginia and clerked for United States District Judge Stefan R. Underhill in the District of Connecticut.