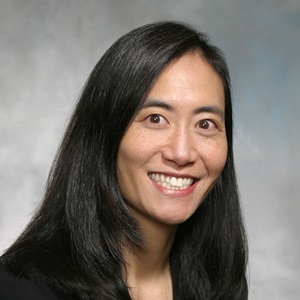 Mei Lin Kwan-Gett is Citigroup’s Global Head of Litigation and Regulatory Investigations, where she supervises a worldwide litigation and investigations team. Prior to joining Citigroup, Ms. Kwan-Gett was a partner at the law firm of Willkie Farr & Gallagher, LLP, where she was co-head of the firm’s white collar defense practice group and specialized in regulatory and enforcement matters, internal investigations, and complex commercial litigation. Prior to joining Willkie Farr, Ms. Kwan-Gett worked at the U.S. Attorney’s Office for the Southern District of New York as Deputy Chief of the Criminal Division. She also served as Special Investigative Counsel for the Office of the Inspector General for the U.S. Department of Justice. She began her career as a Law Clerk in the U.S. Court of Appeals for the Second Circuit.

Ms. Kwan-Gett is a former Chair of the Board of Directors of the City Bar Fund and was a Vice President of the Association of the Bar of the City of New York, and she is a member of the Practising Law Institute’s Board of Trustees.

Mei Lin earned her AB from Harvard College and her JD from Yale Law School.