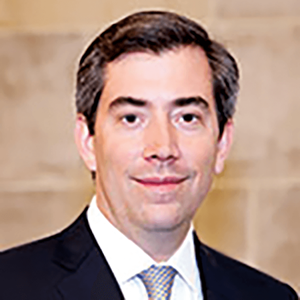 Charles Gray is Deputy General Counsel of the Federal Reserve Board, with management responsibility for the Financial Regulation and Policy Group.

Mr. Gray worked in a variety of legal and policy roles at the Federal Reserve Bank of New York from 2006-2016. While at the Fed in 2010, he was detailed to the United States Department of the Treasury, where he served as a policy advisor with respect to the legislative development of the Dodd-Frank Act and its early implementation.

Mr. Gray is a graduate of Harvard College (1997) and Harvard Law School (2001). Prior to law school Mr. Gray served as a professional staff member for the Banking and Financial Services Committee of the U.S. House of Representatives. Before joining the Federal Reserve Board, Mr. Gray was Special Counsel in the Financial Institutions Group at Sullivan & Cromwell LLP.